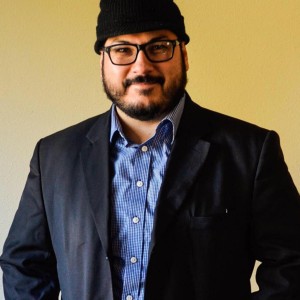 A local civil-rights organization on Wednesday filed a lawsuit to end Arpaio’s trademark workplace raids, an often-touted law-enforcement effort that has led to the arrests of hundreds of immigrant workers since 2008.

“Their enforcement campaign has separated breadwinners from their families, suppressed workers’ rights, eroded the social fabric of the community and ultimately harmed many U.S. citizens as well as immigrants,” the complaint reads.

The suit is spearheaded by Puente Arizona, a grassroots human-rights organization. Additional plaintiffs include two women arrested and convicted of felony identity theft as a result of the raids, and Reverend Susan E. Frederick-Gray, a Maricopa County taxpayer who maintains that enforcement of the Arizona statutes is an illegal expenditure of county dollars.

Puente Arizona director Carlos Garcia said the victims of the raids are not limited to those arrested: the Sheriff’s Office has engendered a culture of constant fear and intimidation for immigrant workers and families across the county, he said.

“The fear that children have that their parents might not come home from work that day is something you can’t explain,” Garcia said. “Someone gets caught in traffic and doesn’t get home at the time they usually do — kids are thinking they’re going to watch their parents on TV get raided.”

The plaintiffs are asking a federal judge to deem the laws unconstitutional under the Fourteenth Amendment and to enter a permanent injunction prohibiting the county from further enforcing them.

Both state laws being challenged “were promulgated as part of a broader platform favored by Arizona nativists to make life so difficult for immigrants coming from Mexico and Latin America that they would ‘self-deport’,” the lawsuit states.

The Criminal Employment Squad is the only illegal-immigration enforcement effort Arpaio has left.

Deputies were stripped of their authority to act as federal immigration agents on the streets and then later in the jails. A recent racial-profiling lawsuit prompted a federal court order that curtails enforcement through traffic stops, as well; deputies are prohibited from stopping cars or detaining people based solely on the basis of suspected unlawful presence in the country.

A separate, broad-reaching discrimination lawsuit brought on by the U.S. Department of Justice is currently making its way through the federal court system and focuses on traffic stops, unlawful detentions, unconstitutional searches and seizures, as well as workplace raids.

We strive to offer an alternative to the large firms who market to our community and yet do not understand the context in which our community lives in. We offer exceptional services and representation you can trust.
Facebook-f
Linkedin
Twitter
Youtube