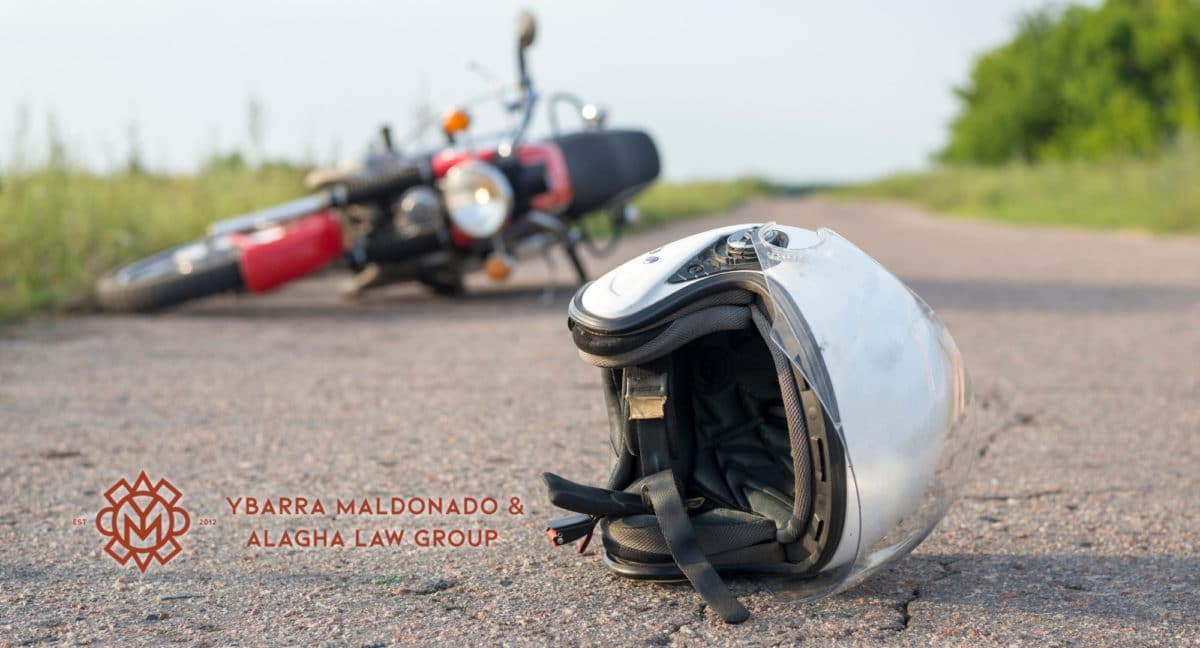 Across the United States, approximately 80% of motorcycle accidents result in serious injuries. These accidents occur much too often and can be devastating for everyone involved. With a motorcycle crash comes the likelihood of a multitude of medical expenses, and with that comes the dire need for compensation. Who you choose to represent you in the aftermath of a motorcycle accident plays a huge role in what you are able to receive in damages.

At Ybarra Maldonado Law Group, our experienced Phoenix attorneys understand the serious nature of any type of crash, especially motorcycle accidents. We also understand that the injuries you sustain in your accident may require a lengthy, costly recovery. We want to hold the guilty party accountable and ensure you recover the damages you’re entitled to following a motorcycle accident. If you received injuries due to someone else’s negligent or reckless driving, contact a Phoenix motorcycle accident lawyer at Ybarra Maldonado and allow us to help obtain compensation for your losses.

What are Common Causes of Motorcycle Accidents in Phoenix?

Speeding is one of the leading causes of all types of vehicle accidents. Driving at excessive speeds reduces a driver’s ability to see and react to other drivers quick enough to prevent a collision. Not only that, but the more acceleration behind the vehicle, the more traumatic the injuries will be in the event of an accident.

Distracted driving is another one of the more common causes among vehicle accidents. It is even more dangerous when motorcyclists are involved. Because a motorcycle is much smaller and often faster than other vehicles, if another driver is not paying attention to the road, they may miss them entirely.

If a driver fails to check his or her blind spot or make the appropriate turning signal before changing lanes, they can easily risk colliding with a motorcyclist.

Following too closely or making abrupt, sudden stops can result in much more than a fender bender when a motorcycle is involved. Rear-end accidents can lead to serious injuries, disabilities, and even fatalities.

Extreme weather, crumbling pavement, debris, potholes, and a lack of necessary road signs and signals can all increase the risk of an accident for both motorcyclists and standard vehicle drivers.

When a motorcyclist drives between two lanes of traffic, this is what is referred to as “lane splitting.” There are states where this practice is legal, but Arizona is not one of them. Lane splitting can be dangerous and significantly increase the chance of motorcycle crashes, which is precisely why it remains illegal in the state of Arizona.

Inexperienced drivers, both on motorcycles and in cars, are more likely to make mistakes while driving. This compromises the safety of everyone else on the road.

Left turn accidents, including right-of-way errors and misjudgments of distance and depth perception, can lead to devastating injuries or even death for motorcyclists.

Driving Under the Influence

Sometimes, accidents may be neither the motorcyclist’s nor other drivers’ faults. If the manufacturer of a motorcycle makes a faulty, defective, or poorly designed part, they may be held liable for any accident or injury that occurs as a result.

What are Common Motorcycle Accident Injuries?

One of the reasons people seek the thrill of a motorcycle is because of the freedom and open air that comes with it. Unfortunately, with that freeing experience comes the risk of serious danger. Because motorcycles lack any surrounding protective structure like doors or windows, the riders are more likely to suffer serious or even fatal injuries in the event of a crash.

One of the most common injuries sustained as a result of a motorcycle crash is road rash. To someone who has never experienced road rash, it may not seem like much. But for those unfortunate enough to have had it before, they know how painful and debilitating it can be. If not treated properly, road rash may bring permanent damage such as severe scarring, skin irritations, infections, and surface nerve damage.

Other common injuries that some might overlook as “minor” include fractures, broken bones, and burns. Again, these injuries can be extensive, resulting in permanent disfigurement, nerve damage, and even disability.

Even more severe injuries that can result from a motorcycle crash include spinal cord injuries, paralysis, limb amputations, and traumatic brain injury. These injuries often lead to disability and will more than likely require ongoing, assisted care.

In addition to these catastrophic physical injuries, those involved in motorcycle accidents may also develop mental injuries such as PTSD or depression. Being involved in a wreck, especially one that can put you so close to death, can stick with you for the rest of your life. Even if you recover physically, the mental picture of the accident can impact you for a lifetime.

Injuries can range from relatively “minor” to completely disabling or deadly. It is important that anyone involved in a motorcycle accident receive immediate medical attention, no matter how minor the injuries may appear.

When you have been involved in a motorcycle crash, it’s no wonder you want the best motorcycle accident attorney there is. There is a lot on the line here, and you deserve to be compensated for the injuries you sustained due to someone else’s negligence. When searching for legal representation, you want to make sure they have the proper experience and are well-qualified to handle cases like your own.

A motorcycle crash lawyer would be one that practices under the specialized area of personal injury. At Ybarra Maldonado Law Group, our personal injury lawyers double as motorcycle attorneys. We have years of experience and success in representing injured clients of the Phoenix, AZ area.