Car wrecks are unfortunately common occurrences in a large and busy city like Phoenix, leaving injured victims with totaled cars, thousands of dollars in medical bills, and possibly not enough insurance coverage to cover it all. While there are plenty of Phoenix car accident attorneys out there, not all of them are going to be the right fit for you. It’s important that you find an attorney with whom you share mutual respect and trust.

At Ybarra Maldonado Law Group, our team of attorneys takes pride in the connection we form with our clients. If you’re looking to file a car accident claim with an experienced and compassionate legal team, look no further. Call a Phoenix car accident attorney today at 602-910-4040 for a free consultation.

Causes of Car Accidents in Arizona

Even though every motor vehicle comes with built-in safety mechanisms such as seat belts, anti-lock brakes, and airbags, auto accident victims can still suffer life-threatening injuries, long-term disability, and death from a car wreck. Common auto accident injuries include:

Crash injury victims who are suffering from one of the aforementioned physical or mental traumas should pursue a personal injury lawsuit, especially if they’re not at fault. Phoenix car accident lawyers at Ybarra Maldonado Law Group are ready to fight for your justice in the courtroom. We can help you understand what to expect by outlining the average settlement for car accident back injury, brain injury, and other injury cases.

Is Arizona an At-Fault State?

Yes, Arizona is an at-fault state. This basically means that Arizona law requires at-fault drivers to claim responsibility for all losses such as physical injuries, loss of income, pain, suffering, and more. So injured car accident victims in Arizona can choose from the following options after a crash:

In no-fault states, drivers have far fewer options after motor vehicle crashes. Generally, drivers have to use their own personal injury protection (PIP) to cover their losses, regardless of if they were at fault or not. People in no-fault states can only file a claim against an at-fault driver if their injuries are too severe for PIP coverage.

The state of Arizona requires every driver to have a certain amount of liability insurance coverage. Minimum coverage from auto insurance companies includes:

What To Do After a Car Accident in AZ

If you have been involved in an Arizona car accident, it’s important that you keep a level head on your shoulders following the wreck. The first thing you should always do in an accident is to check yourself for injuries. Even if you’re minorly injured, or in the case of a non-injury car accident, it’s still important to seek immediate medical attention to rule out any fractures or internal injuries. If you didn’t sustain any serious injuries, assess the accident scene and make sure none of the other drivers are injured. If someone suffered a severe injury, seek medical treatment immediately by calling 911. It’s important to stay on the scene until police and an ambulance arrive so that you aren’t charged with a hit and run.

If your vehicle is in the way of coming or going traffic and you’re able to safely move it out of the way, do so as soon as possible. Once everyone is out of harm’s way, exchange information with all other car accident victims. The exchanged information should include:

By now, you or the other drivers involved should have spoken with a police officer. This is an important step because having a police report of the accident can help you in your personal injury claim later on.

Lastly, take pictures of the scene of the accident and your injuries. This evidence will also strengthen your case.

When Should You Contact an Attorney After a Car Accident?

The next step is to hire a Phoenix personal injury lawyer who has plenty of experience in handling car accident claims. In order to have the strongest case possible, an auto accident victim should also contact an attorney within a few days of the crash. This can be difficult, especially if the driver has suffered a serious injury and requires extensive medical care. But the sooner you contact every one and begin a personal injury case, the better.

In the state of Arizona, there is a two-year statute of limitations for how long you’re able to file a personal injury claim caused by auto accidents. This means that once two years have passed since the date of the collision, you can no longer file a claim with your local court. Although, while you technically have two years to file, you should still hire Phoenix car accident lawyers as soon as possible. The fresher the incident, the more evidence your attorney will be able to gather on your behalf.

Is it Worth Getting a Lawyer for a Minor Car Accident in Phoenix?

Even if the car accident resulted in relatively minor damage and/or injuries, you may still need an attorney. Whether or not you need a lawyer for a minor accident depends on a few circumstances surrounding the accident. For example, if there are any injuries that require medical treatment, you may need a team of car accident lawyers to ensure that your rights are protected and that you receive appropriate compensation. If there’s any disagreement between you and your insurance company or you and the negligent driver about who’s at fault or what’s considered fair compensation, you may also need an experienced personal injury attorney.

Overall, a car accident case involves many complex bits and pieces that can be difficult to navigate and resolve on your own. There is also the chance that the other party will try to place partial or total blame on you. Without the proper protection and recourse, you may end up owing compensation rather than receiving it.

What Are You Entitled to After a Car Accident in Arizona? 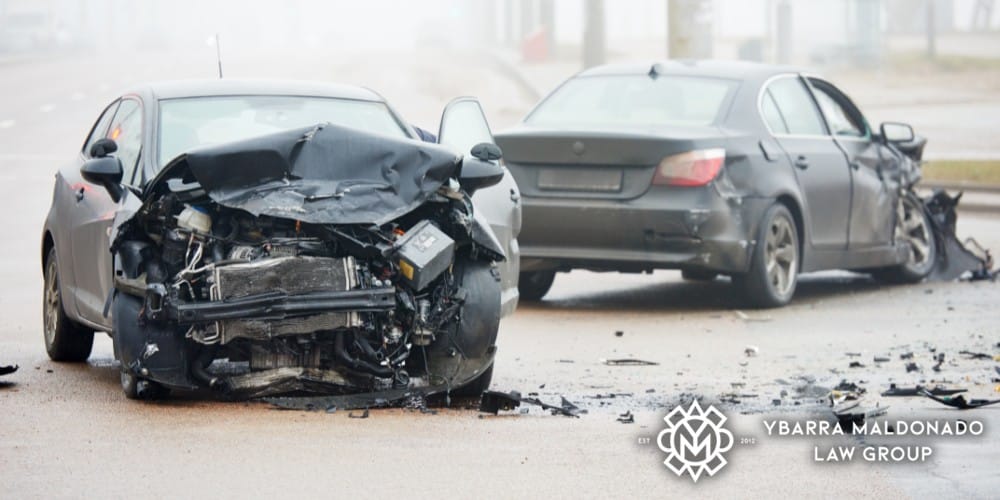 After receiving injuries in a traffic accident, the injured party is entitled to compensation for the damages and losses that may have occurred as a result. The damages that can be claimed include the following:

If you were involved in a car wreck in Arizona, you need legal support from Phoenix car accident lawyers from our law firm. At Ybarra Maldonado Law Group, we are dedicated to helping every single injured victim in the personal injury cases we take on. Not only do we handle personal injury claims, but we also handle wrongful death cases, immigration issues, criminal defense cases, and so much more. To get in touch with us, call us at (602) 910-4040 for a free consultation.